The revised Payment Services Directive (PSD2) is a data and technology-driven directive which aims to drive increased competition, innovation and transparency across the European payments market, while enhancing the security of Internet payments and account access.

To  implement  these  new  services  (subject  to  PSU  consent)  a  TPP  needs  to  access  the  account of the PSU. The account is usually managed by another PSP called the Account Servicing Payment Service Provider (ASPSP). To support the TPP in accessing the accounts managed by an ASPSP, each ASPSP has to provide an "access to account interface" (XS2A interface).

Basis of the regulatory requirements are the following documents:

The NextGenPSD2 Initiative is a dedicated Task Force of the Berlin Group with the goal to create an open, common and harmonised European API (Application Programming Interface) standard to enable Third Party Providers (TPPs) to access banks accounts under the revised Payment Services Directive (PSD2). In a unique partnership, participants in NextGenPSD2 are working together with the common vision that open and harmonised PSD2 XS2A interface standards for processes, data and infrastructures are the necessary building blocks of an open, interoperable market. True interoperability is an essential component of competitive pan-European PSD2 XS2A services and will contribute to further progress towards the European Single Market and benefit the payments industry in general and European consumers and businesses in particular.

While  a  harmonised  XS2A  interface  is  essential  to  enable  XS2A  services  to  mature  at scale  and  at  relatively  low  cost,  the  full  PSD2  XS2A  ecosystem  covers  other  technical, functional, operational and governance domains with (sometimes optional) complementary services as well, as displayed in the following picture: 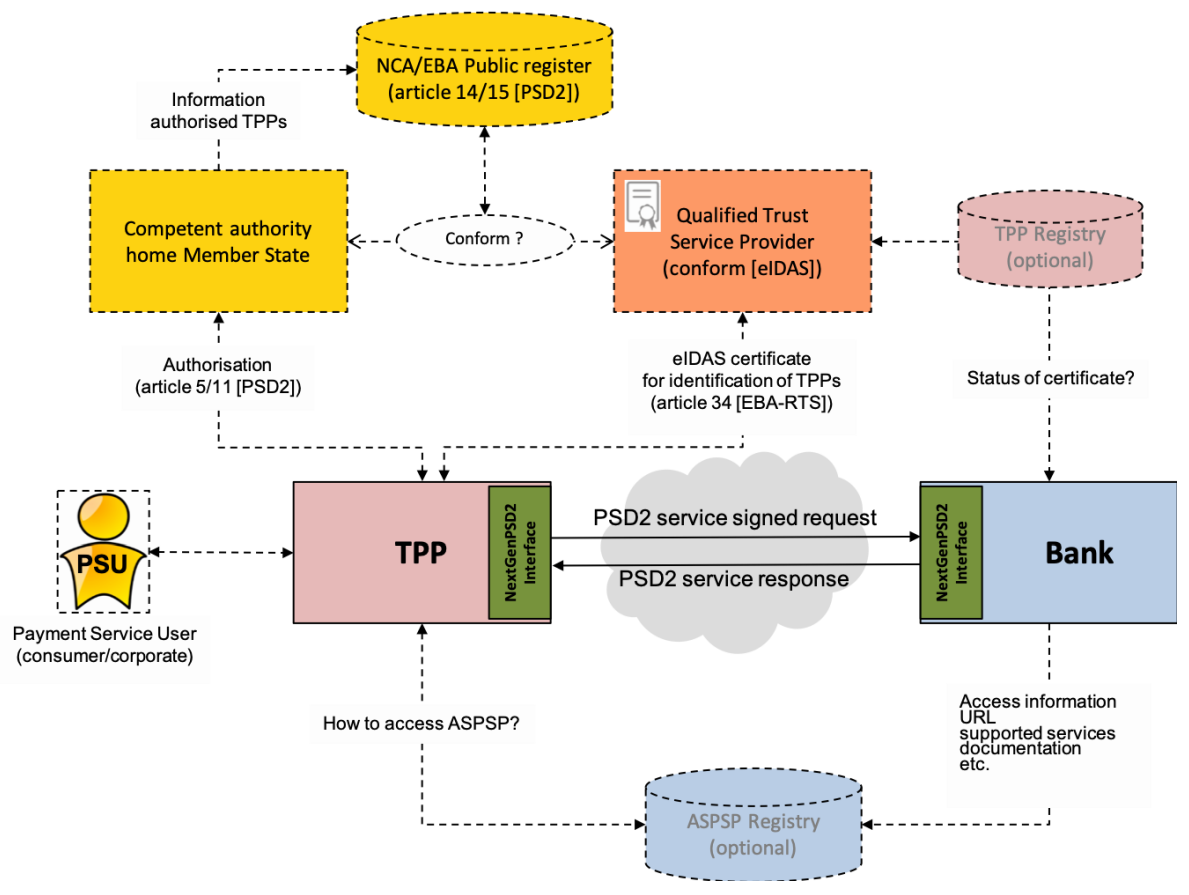 Key characteristics of the NextGenPSD2 Framework:

PSD2 API documentation for Croatian market can be divided into three hierarchical sections:

Dependencies between each documentation group are described on following graphic 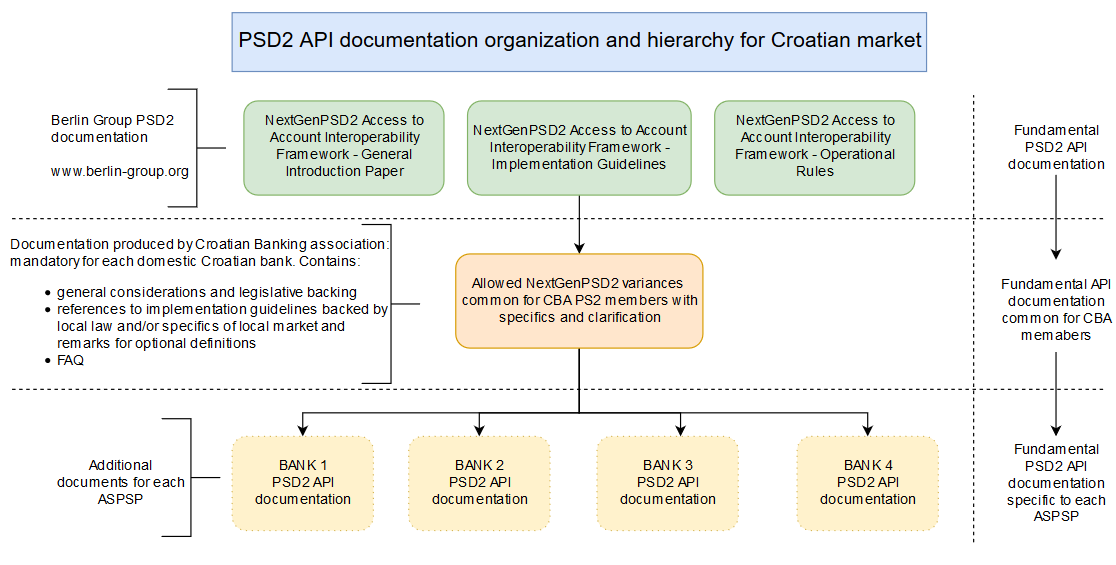 The NextGenPSD2 Framework itself is built of 5 artefacts, which are all published for free under Creative Commons (CC-BY-ND):

The most recent release of the NextGenPSD2 Framework can be downloaded here.

Latest version of CBA PSD2 API documentation is 1.1 and can be found here. Version 1.1 is referenced to NextGenPSD2 Implementation Guidelines 1.3.8.

In order to be up-to-date with latest documentation we encourage TPPs to subscribe to any documentation changes that may affect API. All changes to API’s will be announced according to RTS rules.